Wes Anderson: the Eye & the Ear

To say that Wes Anderson is a bit of a control freak is a grand understatement.  Consider the model of the research vessel Belafonte in The Life Aquatic or almost any moment from the stop-motion masterpiece The Fantastic Mr. Fox. image hosted by The Director Is In

The Eye: Take a look at this collection of clips put together by one "kogonada". The meticulous detail in every shot is Anderson's trademark.  In context, these frames add the feel of a living diorama to his films.  Plus, they look cool and carry that vibey 70's aesthetic -- although sometimes I gather that it's more fun to remember that decade than to have actually lived through it. 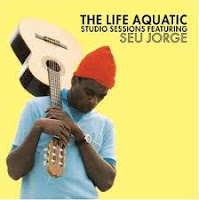 The Ear: NPR's Fresh Air from May 24 featured Anderson's long time music supervisor, Randall Poster.﻿  He's the man behind many of the soundtrack choices, a wiley master of the logistico-legal hassles that go into gaining the copyright permissions from artists and publishers.  The songs become so integral to the tone of every film on which he and Anderson have collaborated.  For example, the use of Brazilian samba artist Seu Jorge to reinvent David Bowie tunes (in Portuguese) for The Life Aquatic added a subdued, drifting feel to the film's scenic interludes.

Here are some of my favorite Poster-facilitated musical moments: 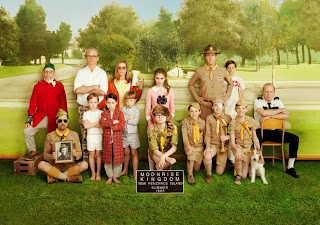 The latest release from Anderson's Indian Paintbrush (coincidentally my brother's organism in grad school) production team is Moonrise Kingdom.  I've yet to see it beyond the trailer, but it can't be much of a departure from previous adolescent-themed fare.  Nonetheless, with Anderson and his steady stable of just-outside-A-list stars, you can always expect charming dialogue, impeccable set design, and an excellent soundtrack.

Out on the horizon is The Grand Budapest Hotel starring Johnny Depp; as a Franco-dweller, no doubt the director knows a thing or two about movie-making with a Euro backdrop.
Posted by a.f.c.tank at 9:26 PM