I've drifted back over to Seattle's superb Davidson Galleries and continued collecting images (at least virtually).  Escher caught my eye on the main page--iconic, legendary--but so too did Hundertwasser for his richly colored and textured works--and what a name!

ESCHER
We always gravitate towards M.C. Escher's masterworks of perspective, the tessellations, intricate patterning and bold graphics.  Along with the trademark images, this time a few lesser known pieces stood out (buy them here); the first helps to see into his process, the precision and density of his line work.  The second is a classic Eastern natural scene, a catfish (or koi) submerged in monochromatic autumn.  The last two are more commercial work, doubtless Escher's bread & butter in his early career before reaching mythical status.  His command of the medium is still unmatched and as striking as ever. 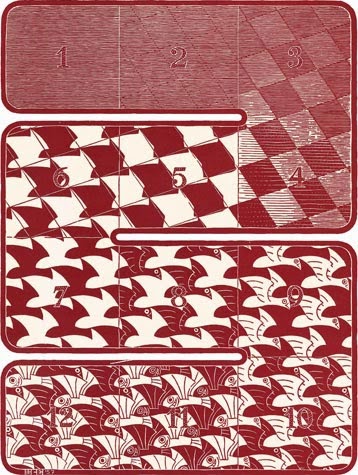 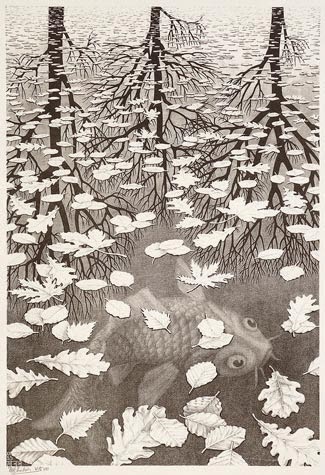 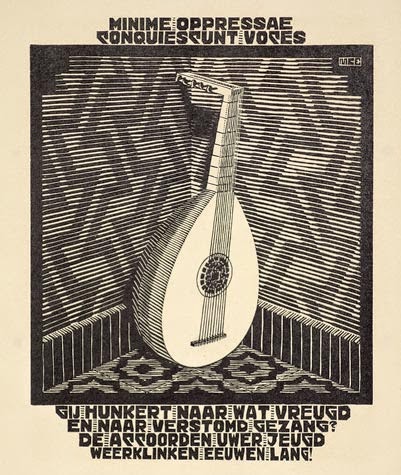 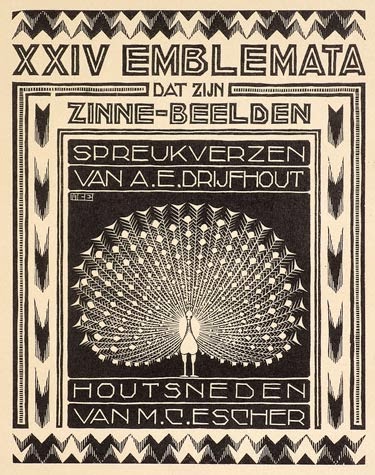 HUNDERTWASSER:
The following is from Davidson's literature on Freidensreich Hundertwasser (prints here):


[Hundertwasser] was largely self-taught apart from a few months at the Academy of Fine Arts in Vienna and the École des Beaux-Arts in Paris. While he admired members of Die Wiener Schule des Phantastischen Realismus (Viennese Fantastic Realists), it was with the richly colored and patterned surfaces of work by Gustav Klimt, Walter Kampmann and Egon Schiele that he found greatest resonance.

Hundertwasser's extensive graphic output began in 1967 and was characterized by hybrid forms that enmesh human and natural elements while using highly saturated colors, metallic imprints and carefully  ,calculated color variations within the printing of an edition.

The parallels to Klimt are evident, especially his framed, "cubbyhole" surfaces and use of metallic pigments.  The fact that he was self-taught brought to mind Earl Cunningham and maritime paintings I'd seen once in Orlando's Menello Museum of American Art; Cunningham's buildings in particular have that same tweaky, rickety feel with distorted perspective, the kind Escher would have scoffed off the paper.

These two below were made for the 1972 Munich Olympics, not necessarily remembered for sporting achievements but instead for an infamous terrorist act.  Beautiful colors printed ahead of dark days. 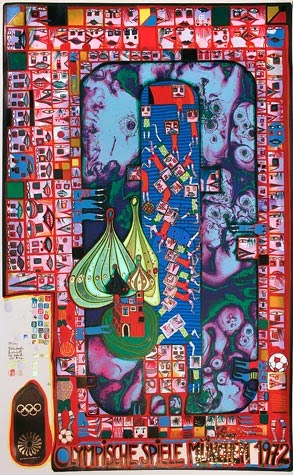 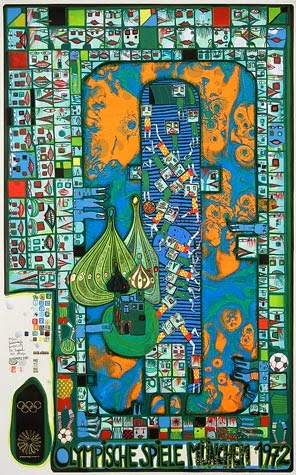 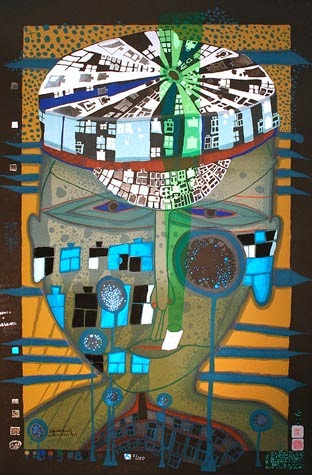 Maybe it's the mustard color or the head shape in this last one, but I think of Os Gemeos, the twin Brazilian street artists who've been befriended by graffiti darling Banksy and lauded by international art critics.  Here's a write-up of their 2013 "Anglo-Paulista" collaboration for Banksy's residency in NYC.
Posted by a.f.c.tank at 7:06 AM